The Double D Bar Ranch was set up to provide homes for abanded and neglected farm animals. We purchased our farm in September 1997 so that we could have our horses with us rather than having the expense and regulations & time schedules of other farms. When we rode the horses in the surrounding woods, they were getting their legs and faces scratched by overgrown brush.

When the 4 acres of cleared land adjacent to our property became available for sale in February 1999, we decided to buy it and set up a small riding arena for ourselves and invite some friends over with similar interests in horse riding. We knew the former owner of the property had about 50 animals over there that he was going to take with him when he moved. The animals included 14 goats, 20 sheep, 8 fallow deer, some rabbits, chickens, turkeys, and a peacock.

As closing came closer he wasn’t moving his animals out and when we approached him about it had changed his mind about moving them and decided to slaughter them instead. We quickly discussed this and decided to buy the animals from him, we could afford within our budget to keep the 50 animals. When we took over the property, the pens were two feet deep in decayed, compressed hay, urine, and manure.

The sheep and goats were kept together while each required different kinds of feed and different housing conditions. Baby lambs died due to a lack of lambing pens. Goats require closed quarters (they are very susceptible to pneumonia in the cold night air) while sheep need circulation but protection from the cold and dampness. We had totally rebuilt the pens, providing the proper conditions for the proper animals.

When people heard about the way we improved the place, building new pens, coops, etc. they started calling us asking if we would take their animals that they could no longer keep:

We have to move and can’t keep the animal
The town won’t permit us to keep them
Neighbors complained They outgrew the family and were no longer cute but didn’t want to see them killed So as a courtesy we took the animals in. 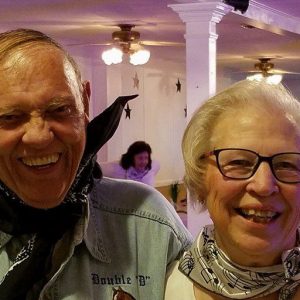